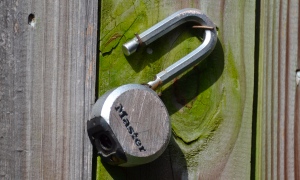 Robust evidence for e-cigarettes’ effectiveness as aids to smoking cessation effectiveness has until now been sparse. But that may have changed, if the conclusions of a large study published in the journal Addiction prove to be correct in the long term.

The study, “Real-world effectiveness of e-cigarettes when used to aid smoking cessation: a cross-sectional population study”, included almost 6000 adult smokers in England who had attempted to quit either with e-cigarettes only, with over-the-counter nicotine replacement therapy (NRT), or with no aid, and found that those choosing e-cigarettes were more likely to report continued abstinence than those who used NRT.

News reports of this study leapt on a supposed finding that e-cigarettes are 60% more effective than NRT, but that is not a correct deduction from the data, as the differences among people selecting the different methods should be taken into account – the population is not a homogenous group.

However, it can be concluded from the data that those selecting e-cigarettes are more likely than the other groups to succeed, by a 60% margin (researcher Carl Phillips explains how to interpret the findings here).

The study, based on a national surveillance programme, has also attracted attention because it is not only large (the number using e-cigarettes for a quit attempt was 464, versus 1922 for NRT and 3477 for no aid), but also because the authors say it was specifically set up to measure effectiveness of cessation aids by adjusting for bias such as nicotine dependence, self-selection, and purposes other than cessation.

This study is not the last word. Just a few weeks ago, in March, other researchers published a research letter in the journal JAMA Internal Medicine in which they reported that the effectiveness of e-cigarettes for cessation is unconvincing, and in their own study they found no new evidence in favour, although that used a smaller sample with more limitations.

The new study in Addiction does seem to raise the bar, but also has limitations such as no biochemical verification of abstinence; people being unable to accurately remember their quit attempts (a common problem with cross-sectional surveys, which involve data collected at a specific time); and the fact that NRT and e-cigarettes vary as groups of products, in terms of how nicotine can be delivered and how the products are used.

And what is also noted in the paper – and, to be fair, mentioned in some news stories – is that the most effective way to give up tobacco smoking is with services that combine behavioural support and prescription medication.

As professor Robert West of University College London’s department of epidemiology and public health, the senior author of the study, said: “We should also recognise that the strongest evidence remains for use of the NHS [UK National Health Service] stop-smoking services. These almost triple a smoker’s odds of successfully quitting compared with going it alone or relying on over-the-counter products.”

The paper’s authors also note that second-generation e-cigarette products may improve rates of successful tobacco quits, and that there is no evidence so far of e-cigarettes re-normalising smoking.

What This Means: With regulators concerned about whether e-cigarette companies can make health claims for their products – and in the U.S., for example, most e-cigarette suppliers’ websites do make explicit or implicit health-related assertions – this type of large cross-sectional survey of a representative population should inform regulatory decisions, especially as the studies progress in time and scope.