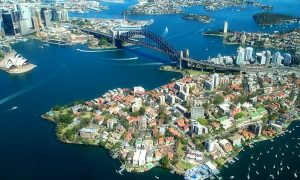 Next year could mark a breakthrough for the Australian e-cigarette market, with the regulator due to review a proposal that e-cigarettes could be allowed subject to a maximum nicotine concentration.

As the latest ECigIntelligence regulatory report makes clear, at present all nicotine-containing products for therapeutic use must be approved as “registered” medicines in the Australian Register of Therapeutic Goods before they can be marketed. To date, no such approval has been granted.

But a new proposal put to the Therapeutic Goods Administration (TGA) by the New Nicotine Alliance Australia (NNAA), an independent consumer association, seeks to make nicotine e-liquids legal from mid-2017 provided they do not exceed a maximum nicotine concentration.

Though each state and territory sets its own regulations, e-cig products containing nicotine are effectively prohibited across Australia, as nicotine is classed as a poison. The NNAA application suggests an exemption to this law for nicotine concentrations of 3.6% or less for e-cig systems.

A decision is expected by March 2017 and possible implementation by June 2017.

This would be a highly important step in the development of an Australian market, enabling manufacturers to sell nicotine vapour products and freeing users from the need to import goods for personal use via the Internet.

The NNAA says e-cigarettes “have the potential to save the lives of hundreds of thousands of Australian smokers by providing a safe alternative to tobacco smoking”.

Medical experts too are pushing for the legalisation of vaping products. Michael Keane, anaesthetist and associate professor at Swinburne University in Melbourne, told local radio it was time for Australia to legalise e-cigs and agreed that “smokers should be encouraged to use them, in an attempt to get off cigarettes”.

On the other hand, a study published last August called for further e-cig legislation in Australia – including bans on advertising. The paper found that viewers of e-cig advertising were roughly twice as inclined to try either e-cigs or conventional cigarettes.

What This Means: Currently Australian vapers can only use e-cigs containing nicotine if they import them in limited quantities and only for personal use (for example as an aid to quitting smoking). The decision of the TGA next year can be a very important step further to legalise vaping products with nicotine. But nothing is decided yet.