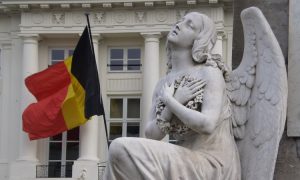 Regulation in Belgium and possibly across Europe may change as a result of the link being made between vaping and a teenager’s death – though that link has not been verified.

The death of Raphaël Pauwaert, who died on 6th November aged 18, is thought to be the first in Europe related to vaping. Belgian media reported that a friend of Pauwaert was also hospitalised, but his life was not in danger.

Belgian authorities have not found any link to vitamin E acetate, the presence of which in THC vaping liquids has been strongly linked by the US Centers for Disease Control and Prevention (CDC) to the outbreak of vape-related lung disease in the US. As of 10th December, 52 deaths had been attributed to the outbreak across the US among 2409 cases requiring hospitalisation.

“We still do not know what the causes of his death are,” a Belgian official close the investigation told ECigIntelligence. “Our investigation will continue. However, at this stage, it seems no vitamin E was found.”

The Brussels prosecutor’s office also declined to provide details of the investigation or whether they had managed to discover which specific products Pauwaert had been vaping.

However, cardiovascular specialist Luc-Marie Jacquet, who was involved in the teenager’s treatment, told Belgian media that “by elimination of a series of diseases, infections and after analysing all the scientific review on the toxicity of some components of some oils, there are strong suspicions the e-cigarette caused the disease”.

Maggie de Blok, Belgium’s health minister, told Belgian lawmakers that another administrative investigation is ongoing but “the link with e-cigarettes was established” as “there were no other explanations for this patient to develop such a serious pneumonia”. De Blok added that the country’s Health Council had begun to review its guidelines for vaping products.

Jacquet advised authorities to set up regulation. “In Belgium, there are not enough studies on the topic, but we estimated there are around 1200 products on the market. We cannot say if e-cigarettes are a danger in themselves, but rather some substances vaped,” he said.

Pauwaert reportedly used a CBD vaping product after being given it for his birthday. It remains unclear which brand he was consuming or if he was vaping intensively. His father told local media that he had only vaped once before his breathing problems began on 30th September.

He was admitted to the Saint-Luc Clinic, a Brussels hospital, when he became unwell. Jacquet said that when he arrived at the clinic his blood oxygen level was very low. An inflammatory reaction started, his lungs stopped functioning and they were forced to put him into an artificial coma before he died.

What This Means: The sad and so far essentially unexplained death of Raphaël Pauwaert marks – as far as can be determined – the first case in Europe of the sort of vape-related tragedy that has been afflicting the US since August. Without proper confirmation of what really caused the teenager’s death it is difficult to say more, but it seems likely that it will usher in some new form of regulation.

ECigIntelligence does not provide legal, strategic or investment advice. Tamarind Media Limited, the publisher of ECigIntelligence, does not accept any liability or responsibility for information or views published.
Please see this page for a detailed description of our methodology.

Vaping-related lung illness outbreak and its impact: the story so far

Whichever plan you subscribe to, you will receive a free upgrade to the plan above for the full year.