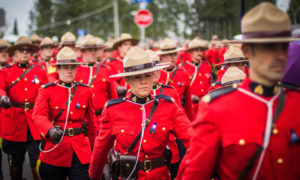 The Canadian government aims to implement a new federal excise duty on vaping products from 2022 “to help curtail harmful consumption” of e-cigarettes.

In a 724-page budget tabled in Parliament yesterday, prime minister Justin Trudeau’s government proposed a single flat rate of $1 per 10 ml of e-liquid or fraction thereof, regardless of the level of nicotine.

The excise duty would be calculated and imposed based on the volume of the smallest immediate container holding the liquid, according to the document.

The proposed duty would only apply to liquids that are either made in Canada or imported for use in Canada. Cannabis-based vaping products would be exempt as they are already subject to excise duties on cannabis.

If the budget is approved by Parliament, duty will be imposed at the time the e-liquid is packaged or imported.

“The last federal licensee in the supply chain who packaged the vaping product for final retail sale, including vape shops holding an excise licence, as applicable, would be liable to pay the applicable excise duty,” the budget proposal states.

Officials in the capital, Ottawa, said they were working with the provinces on a federally coordinated approach to taxing vaping products that could be based on an initial federal rate and an additional tax determined at provincial level.

The federal budget would also require manufacturers and importers of vaping products to apply for an activity licence to the Canada Revenue Agency (CRA).

“This would include any vape shops that would like to obtain and then use non-duty paid, bulk vaping products to mix or manufacture new vaping products on-site for immediate or subsequent sale to final customers, upon which duty would apply and need to be remitted,” the budget document says.

Licence holders would have to submit a monthly return to the CRA. People who mix vaping liquids just for their personal consumption would not have to register or acquire a licence.

The government proposal also calls for e-liquid packages to include excise stamps in a conspicuous place on packages for retail sale, showing that the duty has been paid.

“The taxation of vaping products isn’t something that we’re opposed to fundamentally as long as it’s done in such a way as to reflect the relative risk of the category,” he said.

What This Means: This is Canada’s first federal budget in two years; the government did not table one in 2020 because of the Covid-19 pandemic.

It does not include any proposal to cap nicotine levels or restrict flavours, although both those options were on the government’s agenda as recently presented in the Forward Regulatory Plan 2020-2022. The government is inviting the vaping industry and other interested parties to submit comments on the proposed changes by 30th June.