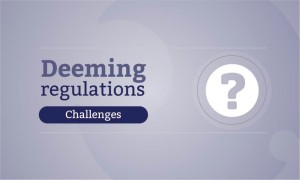 The US Food and Drug Administration’s deeming of e-cigarettes as tobacco products did not exceed the agency’s authority, a federal district court has ruled.

A case filed against the FDA by e-liquid maker Nicopure Labs was the first major legal challenge to the FDA’s deeming regulations, which brought e-cigarettes under its authority and the Tobacco Control Act  – and which have concerned many in the US industry, who fear that the cost and complication of obtaining FDA approval for all vaping products will dramatically reduce the range on the market.

The suit, brought in May 2016 shortly after the regulations were published, challenged them on a number of grounds.

It argued that in deeming both open-system vaping devices and nicotine-free e-liquids as “tobacco products”, the FDA had exceeded its statutory authority. It also contended that some of the restrictions violated the first amendment to the US Constitution, and that the deeming was “arbitrary” and “capricious”.

It was later joined with a similar case brought against the FDA by a collection of vape associations and retailers, so this latest ruling applies to both.

It also said that the FDA’s cost-benefit analysis was adequate, although the plaintiffs had argued the agency had unjustly skipped a full analysis; and it decided that the deeming rule is not unconstitutional or in breach of the first amendment.

Said the court: “Notwithstanding plaintiffs’ rhetoric, this provision does not ban truthful statements about health benefits or reduced risks; it simply requires that they be substantiated.”

Representatives of Keller and Heckman, the law firm that handled the case, say they are currently reviewing the opinions on behalf of their clients and considering an appeal.

The suit brought a moment of respite to the industry when it was announced that the FDA had agreed to a three-month extension on some compliance deadlines earlier this year.

The court noted that “nothing in this opinion prohibits the FDA from continuing to work with industry representatives to establish a mutually acceptable schedule for the implementation of this Rule”.

It added that it “wishes to reassure the many worried vapers who followed these proceedings closely that this case is not about banning the manufacture or sale of the devices”.

What This Means: Many in the industry share the belief of Nicopure and its fellow plaintiffs that the deeming rule was unfairly onerous – treating e-cigarettes more harshly than combustible cigarettes in some ways, potentially devastating the industry and removing a valuable harm-reduction tool from the market.

However, though an appeal seems likely, it may be that this kind of all-out attack on the deeming rule – with the aim of completely overturning it – is not the strategy that will earn the industry some relief. The more limited attempts that are continuing in Congress to modify the regulations’ provisions might meet with more success.