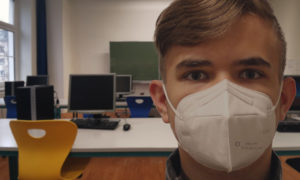 It’s a vexed question and it’s too early to give a definitive answer. Nevertheless, it seems worth asking: Has the pandemic brought an end to the so-called epidemic of teen vaping? Is it even the beginning of the end?

Let’s start with the part we can answer definitely – the language the question is couched in. The COVID-19 pandemic is only too horribly real; the use of e-cigarettes is not, and never has been, a real epidemic. We’ve said this before, but in the continuing interests of keeping language useful and precise, we’ll say it again.

An epidemic, to quote Chambers 21st Century Dictionary, is “a sudden outbreak of infectious disease which spreads rapidly and affects a large number of people, animals or plants in a particular area for a limited period of time”.

You could maybe stretch a point and say the uptake of vaping by young people has been sudden – after all, e-cigarettes weren’t around when we were young, were they? But they certainly aren’t infectious, and using them isn’t a disease. And whether they will only be around for a limited period – well, maybe there is a hint of wishful thinking by those who keep referring to that supposed “epidemic”.

OK, the word can be used figuratively to mean something like “suddenly widespread”, but that is exactly the sort of imprecise watering-down of meaning that anyone with any pretensions to science should avoid…well…“like the plague”. Organisations like the US Food and Drug Administration (FDA) should certainly know better.

The heart of the matter

As to what the question is actually about – the signs certainly seem to be pointing that way, at least in the US.

In September the National Youth Tobacco Survey (NYTS) reported that the number of school students vaping had fallen by a third in a year. Now come the results of a survey of youth vaping published in the respected JAMA Network.

That adds up to a much smaller proportion of quitters than suggested by the NYTS, and leaves room for almost a third of those changing their use actually to have increased it. Nevertheless, it was quite reasonably reported by medics’ magazine Healio as “a decrease in e-cigarette use among teens and young adults during the COVID-19 pandemic.

The study’s lead author, paediatrician Bonnie Halpern-Felsher of Stanford University, told Healio, somewhat unsurprisingly: “Users least likely to quit or cut back e-cigarette use were those showing higher levels of nicotine dependence and those who had used e-cigarettes a large number of times.”

She added: “One of the key reasons why adolescents and young adults quit or cut back on e-cigarette use is that they were worried about lung health, suggesting that discussing and educating about lung health can be a way to reduce [and/or] prevent use.”

Halpern-Felsher, a highly experienced researcher into teen tobacco use, was only a few months ago saying about another study, which suggested e-cig users were at increased risk from COVID-19: “We don’t know why, whether it’s exposure or direct health impact, but clearly these e-cigarettes…are harmful”.

All of these studies must come with a caveat, since they are based on self-reporting, which may never be wholly reliable, especially perhaps when the subjects are teenagers.

It is also interesting, though perhaps perturbing, that while survey respondents said they had changed their purchasing habits during the coronavirus crisis, “in-store and online unregulated sales to underage youth continued”.

In the context of falling teen vaping rates, however, perhaps the salient point is the one made by Andrew Stokes of Boston University School of Public Health in a commentary piece on the Halpern-Felsher study that “declines in electronic cigarette use among US youth in the era of COVID-19 [are] a critical opportunity to stop youth vaping in its tracks”.

Are people vaping more or less during the COVID-19 emergency?

To ban or not to ban, that is the question over e-cigs during COVID-19 pandemic