Mainstream bricks-and-mortar stores have increased in importance due to the rise of disposable e-cigs, which are mostly sold through this channel

This chart is taken from our full-length market report on Russia, covering everything from market size and vaping population to hardware and e-liquids

This chart is from our report based on analysis of the current situation in Russia, as the political issues surrounding the conflict with Ukraine have had an indirect impact on the vaping industry. Disposables present an important category in the Russian vaping market, which saw a steep increase in popularity at the beginning of 2021. Even with the reduction of » Continue Reading.

Disposables most popular in the US, but other markets are showing growth

The maximum wattage of advanced open kits has steadily decreased over the years. This is a phenomenon that has occurred across the seven markets covered by the hardware tracker

Longfill e-liquid a distinctive feature of the Italian vape market

The popularity of 20 ml longfills is a distinctive feature of the Italian market, and it is likely that these products will continue to increase in popularity as taxation will make 10 ml ready-to-use e-liquids more expensive in the future

Some of the hardware brands that were carried most by online vape stores were Joyetech, Uwell and Smok, and Joyetech and Voopoo were the most popular brands

The Czech Republic presents a developed vape market, with an estimated 4.9% of the adult population using e-cigarettes

Although North America is the largest market for vapour products by value, it has half the level of Europe’s online traffic, and a fifth of the number of websites, according to the latest analysis from ECigIntelligence

Tobacconists in France have biggest increase in demand for vaping products

Tobacconists in France have seen the biggest increase in demand for vaping products in recent years, having received monetary support from the government to transform their businesses. Many have used this additional funding to rebrand their shops so that they attract more e-cigarette customers, according to new analysis from ECigIntelligence

ECigIntelligence analysed the total traffic of 4,507 online vape retailers for a year, from October 2020 to September 2021. The total online visits to websites from 83 countries have been analysed

Countries to watch for budgets and vaping taxes in 2022

Now that the US Senate has killed plans for a federal vaping tax, where else in the world are new tax burdens for e-cigarettes on the agenda?

Respondents reduce their expenditure on hardware in Italy

Respondents are spending much less than last year on their main hardware devices. Regional differences remain, with those in the north of the country spending more than those in the south 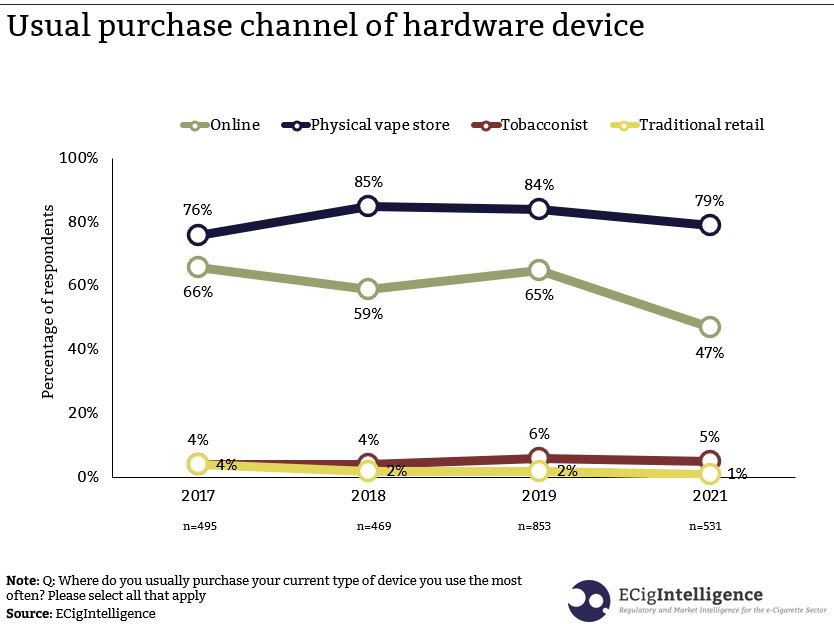 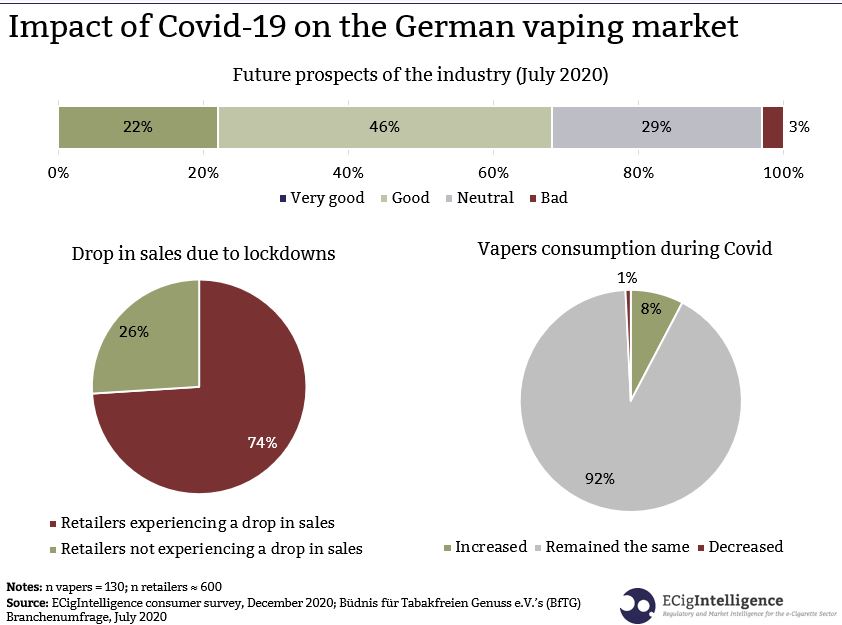 The vaping-associated lung injury, or EVALI, crisis in the US in late 2019 has had a much stronger impact on the market than Covid-19

The German parliament, the Bundestag, has introduced a new gradual tax scheme that, if adopted, would mean Germany would have one of the highest tax on e-liquids in the EU by 2026

The top local UK brands did not start offering nicotine salts until Q3 2018, but since then they have grown in importance

Poland: where are all the new vapers?

Brand fragmentation of e-liquids decreases in the UK