Laying down the law: regulation to dominate industry confabs

E-cigarettes are on the agenda for a host of trade and professional conferences over the coming weeks, reflecting the urgent need for understanding of new regulatory measures as well as the sector’s development and improving scientific knowledge about the products.

More research into the preferences of e-cigarette users has suggested a relationship between their tobacco smoking habits and choice of e-cig design. 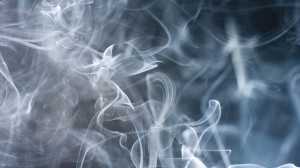 The European Union’s revised Tobacco Products Directive (TPD) becomes law in three weeks, setting it on the road to full implementation by member states in 2016.

New FDA rules and Europe’s directive: how do they compare?

The new regulations for e-cigarettes proposed yesterday by the U.S. Food and Drug Administration (FDA) are the second major regulatory framework for the products to appear in two months, following the European Union’s release of its revised Tobacco Products Directive (TPD) earlier this year. How do the two compare in key areas?

EU will not publish detailed guidance on TPD e-cig rules

The European Union (EU) does not plan to issue detailed guidance on how e-cigarette regulations in the recent Tobacco Products Directive (TPD) should be interpreted, according to a source close to the EU’s Directorate General for Health and Consumer Affairs (SANCO)

U.S. e-cig manufacturer Victory Electronic Cigarettes is further strengthening its position in the European market with the acquisition of British counterpart VIP, the second UK firm it has bought this year.

Italy seen likely to adopt
tax on nicotine, not price

More details are emerging of likely changes to the Italian tax regime on e-cigarettes, following a court challenge to rules which came into effect in the new year.

Could EU directive be a model
for U.S. treatment of e-cigs?

The European Parliament’s new rules on e-cigarettes in the Tobacco Products Directive (TPD) have grabbed the attention of key members of the U.S. Senate, generating mixed reactions on whether it should influence the efforts of the Food and Drug Administration (FDA) to regulate the products.

Italian court orders a stop
to collection of e-cig tax

The Italian government’s attempt to introduce a hefty tax on e-cigarettes has run into another obstacle.

Flavours are a hot topic at French e-cigarette event

It was fitting that the e-cigarette industry event Vapexpo took place in Bordeaux this year, as flavours dominated the agenda.

The European Commission is expected to issue technical specifications on the measurement of nicotine intake from e-cigarettes, as member states’ law-makers and the industry prepare to comply with the testing requirements of the EU’s new Tobacco Products Directive (TPD).

Young French people try e-cigs, while older ones stick with them

Experimentation with e-cigarettes and long-term use are the activities of very different groups, a new French study suggests.

The European Parliament voted today in favour of revising the EU’s Tobacco Products Directive (TPD), bringing e-cigarettes under its control for the first time and raising the prospect of further wrangling across Europe as member states attempt to implement its sometimes vague rules.

For the vaper who has everything: a Bluetooth-enabled e-cig

What e-cigarettes can and can’t do, compared to tobacco cigarettes, is a subject of fierce and continuing debate. One difference, however, is clear: no tobacco product can double as a microphone for a mobile phone or a speaker for a personal music player, as the latest e-cig from Dutch manufacturer Supersmoker can.