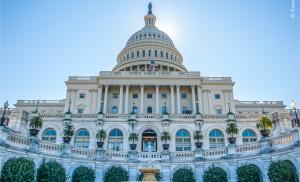 A new industry body in the U.S. is claiming to be the first representing the entire e-cigarette industry.

The Vapor Technology Association (VTA), which officially launched at the end of January after a number of soft-launch events in 2015, differs from others in that it intends to include all participants in the sector, said a VTA spokesperson.

This means it represents manufacturers, wholesalers and small-business owners – and could also potentially welcome tobacco companies (although it has no Big Tobacco members at the moment), a part of the industry missing from other organisations such as the Smoke Free Alternatives Trade Association (SFATA).

“VTA is the only national trade association that can execute a co-ordinated federal and state lobbying strategy combined with an integrated public affairs strategy to protect the vapor industry,” the organisation said.

This includes lobbying on Capitol Hill in Washington and in federal agencies, as well as the identification and training of state lobbyists and the creation of a PR team to combat hostile media reports.

The current goal of VTA lobbying is to change the grandfathering date in the Food and Drug Administration (FDA) deeming regulations – the date that determines which e-cig products require agency authorisation before they can be sold, and which can remain on the market without it.

At present, 15th February 2007 is the grandfathering date, so only products that existed before then (which are very few, if any) will benefit from exemption. But if it were moved forward a few years, many more vapour products would escape the agency’s potentially expensive and time-consuming approvals process.

“Through our advocacy efforts, VTA and its members will pursue strong industry standards and responsible regulations that protect children and ensure the safety of consumers while aggressively pushing back on any misleading information about our products,” said Tony Abboud, VTA’s national legislative director.

The association also plans to extend other benefits to members, such as events and training for their own advocacy efforts. This is a similar suite of benefits to those offered by the European Electronic Cigarette Business Association (EECBA), an industry body designed to lobby the European Union (EU) on e-cig-related matters as well as provide support and guidance to members dealing with EU regulation.

What This Means: VTA could become better-funded than its counterpart associations in the U.S., especially if it can sign up tobacco companies, and a well-resourced organisation able to put the industry’s views before policy-makers will be useful.

However, is it already too late to impact much of the FDA’s regulations? And if so, what should be the organisation’s next target?