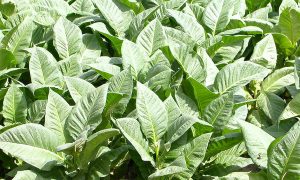 As heat-not-burn (HnB) products pose new questions for regulators, the UK government is holding a public consultation on potential tax regimes for the products.

The consultation “Tax treatment of heated tobacco products” aims to determine if a proposed definition is accurate enough to encompass all HnB variations without accidentally including other similar items that would best be treated differently for tax purposes.

For example, the proposed definition would only include the tobacco used in the device rather than the device itself – like current taxation on pipe tobacco but not pipes. However, the consultation document says: “Depending on the evolution of heated tobacco products, it is possible that this delineation between the device and the tobacco component may not always be appropriate.”

And it wants to see whether it should calculate a rate of duty for HnB products based on weight – as with other tobacco products except for conventional cigarettes, which are taxed per stick.

The government is not seeking views on what a tax rate should be or whether any tax at all should be imposed. That is a separate calculation with health implications. This consultation is looking only at the design of a tax structure, the government said.

This falls broadly in line with what most of the e-cigarette and reduced risk product category would like to see from a tax regime, according to stakeholders.

The New Nicotine Alliance (NNA) issued a tax briefing last year outlining how it would like governments to approach taxing various products in response to the European Union re-examining its Tobacco Excise Directive.

The NNA suggested the EU should introduce a separate smoke-free tobacco category that would encompass all non-combustible tobacco products to enable differentiation for health policy reasons.

An excise duty rate should then be set at zero so member states can pursue their own harm reductions strategies. And a cap should also be placed on smoke-free tobacco products to emphasise their difference, the NNA added.

In a similar vein, the EU held a public consultation recently on the taxing of both e-cigarettes and HnB products.

What This Means: Taxation is seen as inevitable by many in the industry – particularly for HnB products, which are significantly closer than e-cigarettes to traditional tobacco products. Given the UK’s nuanced approach to reduced-risk products, many are likely to be relieved it is one of the first movers in this area. Decent proposed regulation by the UK might go some way to influencing future tax codes in other countries.