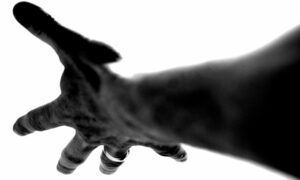 It was always a long shot – such a long shot that no one, surely, was surprised that the US Supreme Court refused to review the case.

The bid by Mississippi-based Big Time Vapes, backed by the US Vaping Association (USVA), to declare the Food and Drug Administration (FDA)’s authority to regulate e-cigarettes unconstitutional relied on an obscure doctrine that had not been invoked since before World War II. And even though four of the Supreme Court’s nine justices were rumoured to be “interested” in reviving the non-delegation doctrine that might have invalidated Congress’s decision to delegate oversight of e-cigs, it was always fairly apparent that the only big winners were likely to be the lawyers.

If anything, the still-pending attempt by attorneys for Moose Jooce et al to achieve the same result – ending FDA jurisdiction over vaping products – appears to be based on even more unlikely constitutional grounds. Certainly the failure of the Big Time Vapes suit to make it to the final hurdle does not augur well for its prospects of doing any better.

Both had the look from the start of clutching at straws. And was this a straw worth grabbing for anyway?

The likeliest way to achieve it seemed for a while to be through direct action by then-president Donald Trump, who in early 2020 threatened to take both tobacco and e-cigs out of FDA hands. But who is to say any other potential regulator would be kinder to the vaping industry?

The Big Time argument was that Congress had no right to delegate its regulatory power to the FDA; so would direct rule by Congress be more vape-friendly?

Given the extreme anti-vaping rhetoric that routinely comes from many Democratic mouths, that hardly seems likely. Indeed, the opposite would seem more than probable.

The real problem is surely not so much the FDA itself as the faulty logic by which the agency took charge – the logic which deemed e-cigarettes to be tobacco products, which is precisely what they are not.

And therein lies a great deal of the confusion – damaging, even dangerous, confusion some might say – which besets legislators at every level, along with mainstream media and concerned parents, far beyond the borders of the US. The common tendency to lump vapour products in with combustibles, assuming them to pose an equal threat to health – even, in many cases, to talk about (particularly youngsters) “smoking” e-cigs.

Against that misconception lies the spectre of medical-style regulation of e-cigarettes as drug-delivery devices. That alternative would have meant a far more restrictive regime had it ever been imposed – a threat which now, given the scale and development of the vaping industry, would appear to be a practical impossibility.

The fact that it was ever considered shows, however, that both the Moose Jooce and Big Time lawsuits might be seen as examples of the be-careful-what-you-wish-for principle.