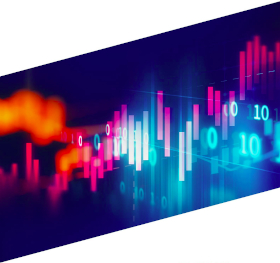 According to the Foundation for a Smoke-Free World, not very well. The first key finding of the FSFW’s recently issued Tobacco Transformation Index is blunt: “Harm reduction progress is extremely limited. The tobacco industry is not phasing out cigarettes or transitioning smokers to reduced-risk alternatives quickly enough.”

Despite being famously (or infamously) funded by Philip Morris International (PMI), the foundation doesn’t beat about the bush. Its report says: “The 15 companies assessed by the 2020 index achieved only a marginal decline in cigarette sales, from 4.9 trillion to 4.8 trillion sticks (-1.2% CAGR) globally, during the review period of 2017-2019. At this rate, it will take decades to eliminate smoking, meaning many more smokers will die and society will continue to bear the dire health and economic consequences of high-risk tobacco consumption.”

The report gives each of the world’s 15 biggest and most influential tobacco companies marks out of five on a number of headings, from strategy and management to marketing, lobbying, product offer and products sales, as they relate to harm reduction. Overall, it gives snus manufacturer Swedish Match the best mark, with an average of 3.83. PMI comes out best for strategy and marketing, and second overall, with less than half marks – 2.36 out of five.

Private and state companies ‘lag behind’

Bottom of the table in every category, with zeroes in most, is China National Tobacco. The report notes drily: “The highest-ranked companies in the index are mostly publicly traded multinationals, while private and state-owned companies lag behind.”

It says that while six of the 15 companies “have acknowledged their role in tobacco harm reduction”, the other nine – those that dominate in poorer countries, where the proportion of smokers is highest – “fail to acknowledge any role in tackling the challenges of tobacco-related death and disease”.

The relatively “good” six, all publicly traded, “have so far failed to shift a significant share of their sales towards reduced-risk products”. So while they talk a good game…

Furthermore: “Companies that offer reduced-risk products are mostly focusing their efforts on selected high-medium income countries, where overall smoking rates are lower and cigarette sales are already declining.” It hardly seems necessary to add, though the report does, that “companies risk the impression that they are merely being opportunistic or are not truly committed to tobacco harm reduction”.

Even those top six score an average of just 2.09 out of five, while the average score overall for the 15 companies is 1.09.

The FSFW is headed by Derek Yach, former executive director of the World Health Organization (WHO). The Tobacco Transformation Index “aims to accelerate the reduction of harm caused by tobacco use”.