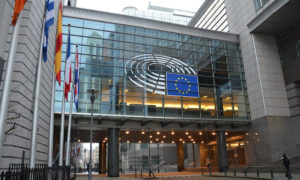 The vexed question of the distinction between vaping and smoking, which so often seem to be confused by rulemakers at all levels, has arisen in the very heart of one of the world’s largest and most influential rulemaking bodies. And for some reason the discussion is taking place behind closed doors.

Vaping is allowed in the European Parliament, but only in designated smoking areas. And that is not entirely to the liking of all members (MEPs).

Some – not unreasonably, you might think – would like to be able to vape without being subjected to others’ tobacco smoke. Getting away from smoking is, after all, probably why they took up e-cigarettes in the first place. It’s a problem familiar in many countries around the world where vaping is equated with smoking. A problem created, wilfully or otherwise, by regulators who don’t, or won’t, understand the issues involved.

The vaping MEPs want four separate areas set up within the EU parliament building in Brussels where they can vape in peace and safety, away from tobacco fumes. They have put this request to the quaestors, a select group of five MEPs elected to oversee administrative matters. And there the question suddenly throws up another one: What have the administrators got to hide?

Of all the important matters dealt with at EU level, you wouldn’t think vaping rooms in parliament was the most sensitive. Yet when the news service EUobserver made a Freedom of Information request for details of the quaestors’ discussions on the matter, they were told by parliament secretary-general Klaus Welle that making the documents public would “seriously undermine the institution’s decision-making process” and that “a certain level of confidentiality…is required”.

In truth, this may say little about the vaping question and much more about Welle’s ingrained obsession with secrecy.

He also refused to disclose the contents of an email from Finnish MEP Silvia Modig which, he said, called for “a ban on the use of e-cigarettes in parliament premises”. Modig’s own office put her position somewhat differently: “She feels that e-cigarettes should have their own space for smoking, just like cigarettes have.” Aside from that awkward use of the word “smoking”, that seems pretty clear, and in no need of hiding.

And there’s another puzzling question. What exactly is behind the apparent desire of one of the quaestors – Polish conservative Karol Karski – to have one of the cafes in the Brussels building decorated with photographs of various famous people smoking?

Has Netherlands health minister Paul Blokhuis got it right on vape flavours?