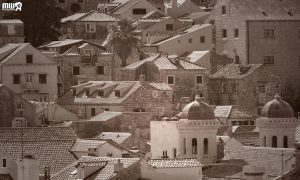 Croatia is to make it illegal to vape in bars, restaurants, public transport and other public places.

A new law expected to be passed by the Croatian parliament by the end of 2016 or early next year not only transposes the European Union’s Tobacco Products Directive (TPD) but also adds usage restrictions, which the European directive leaves to the discretion of individual member states.

The Draft Act on Restriction of the Use of Tobacco Products – analysed in full in a new ECigIntelligence report on Croatian e-cigarette regulation – will bring rules on public use of e-cigs in line with those on smoking tobacco.

However, managers of public buildings other than those for health and education will be allowed to designate vaping areas, as long as they meet strict criteria.

Croatia is also going further than the TPD in other respects. Advertising and promotion of e-cigs are already forbidden in the country, on the unusual premise that they are considered to be an indirect way of promoting conventional tobacco products, and the new law will further restrict marketing activities.