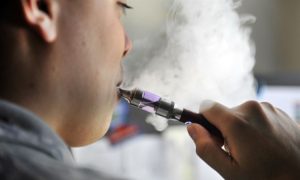 The recent outbreak of lung disease linked to vaping in the US will seriously inhibit growth in the world’s e-cigarette industry over the coming year, ECigIntelligence analysis predicts.

The US will suffer the business consequences most heavily, with the market expected to shrink by 13%, despite an earlier prediction – before the lung outbreak – of double-digit year-on-year growth.

This anticipated market contraction is largely attributed to dual users abandoning e-cigs and reverting to combustible products alone, with the appeal of vaping diminished both by the lung outbreak itself and by the bans on vaping products subsequently imposed by some US states.

Globally, the vaping market in 2020 will be valued at $14.4bn, implying zero growth between 2019 and 2020. Before the emergence of these issues affecting the industry, ECigIntelligence had forecast 14% year-on-year growth.

The consequences of the high-profile events in the US will be felt less acutely in other countries, but both Canada and Britain will be affected, ECigIntelligence predicts. In both countries, the market will continue to grow by 10% over the year, but previous forecasts were significantly higher: 20% for Canada and 17% for the UK.

However, other major European markets are not expected to be substantially impacted over the year, despite anecdotal reports of vape stores in countries such as France, Belgium and Italy seeing a slackening of sales since the crisis erupted.

What This Means: It’s likely that substantial damage has already been done to the US market, and although it may very well slow down – particularly as authorities move away from blaming nicotine products for the outbreak – it’s unlikely that it will be reversed any time soon.

Even if (and it’s an optimistic “if”) the media and state governments fully accept the developing consensus that street THC rather than legitimate nicotine is the source of the problem, scientific news updates and quiet termination of temporary prohibitions are unlikely to be as widely noticed as the hysteria that preceded them.

In the meantime, consumers abandoning vapour and returning to smoking will not only be a blow to the sector, but also threatens to reverse many of the public-health benefits that e-cigarettes have conferred.

Both the Centers for Disease Control and Prevention (CDC) and the Food and Drug Administration (FDA) are now advising that vapers who use these products should not return to smoking. But again, it may well be too late to completely reverse the harm in terms of public perception.

‘Will it hurt me if it’s addictive?’ Investigating perceptions of vaping