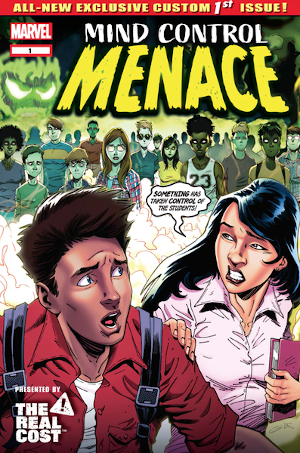 For a product supposedly intended to help adult smokers quit, an astonishing amount of the attention given to vaping – by the media, by legislators and by would-be legislators – relates specifically to not-yet-adults. Who are generally assumed, for reasons that remain obscure, to be not-yet-smokers.

And then there’s the theory – put forward by some as forcefully as it’s denied by others – that where these impressionable young folk are concerned, vaping leads not away from smoking, but towards it. Actual evidence on which is at best, shall we say, mixed.

You’d be on firmer ground saying young people in the western, or privileged, world are apt to spend large amounts of time watching and sharing videos. And, being impressionable, that their attitudes and behaviour may be swayed by what they see on their smartphones and tablets. So-called “influencers” are a thing, and in some cases a very well-remunerated thing, for a reason, after all.

So it should come as no great surprise to read of research suggesting that “exposure to e-cigarette product placement in music videos is associated with vaping among young adults”.

The researchers found both that e-cig product placement in music videos was on the rise and that it worked.

[Confession: as a young adult your correspondent briefly took up cigarettes in imitation of Humphrey Bogart, unaware at the time that the great actor had died aged 57 from smoking-related cancer.]

The study, published in the journal Health Education & Behavior, surveyed more than 1,200 young Californians and came to the conclusion: “Restricting e-cigarette product placement or imagery in music videos may minimize marketing exposure and risk for vaping among young adults, especially among those under the tobacco purchasing age.”

Setting aside the somewhat contentious use of the word “risk” rather than “likelihood”, this is certainly interesting even if unsurprising. Whether you conclude from it that e-cigs should therefore, like combustible cigarettes, be banned from product placement may depend partly on your attitude to that risk.

Meanwhile, in another attempt to get down with the kids but with an opposite message, the US Food and Drug Administration (FDA) has formed an unlikely-sounding partnership with Marvel Comics to promote its anti-vaping campaign “The Real Cost”.

In a 16-page printed comic, an online animation and associated formats – billed as “free to Marvel fans” from now to September – two high-school heroes (see cover pic above) battle the supervillain Addiction, a.k.a The Mind Control Menace.

The story purports to show “how vape users can quickly become subservient to nicotine and the cravings it manifests in one’s brain”. Or, to judge from the pictures, how vaping turns you into a threatening, blank-eyed zombie.

Will The Mind Control Menace prove as popular or persuasive as Dr Doom, Loki, Dark Phoenix or the Green Goblin? Or, indeed, as any of those e-cig-toting stars of music videos. Watch this space – but don’t hold your breath while you do.

Is it just coincidence that as youth vaping rises, cigarette smoking declines?

Does the coronavirus pandemic signal the end of the youth vaping ‘epidemic’?