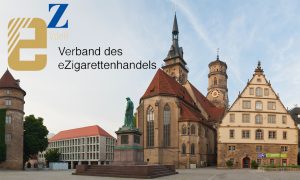 Exhibitors at Germany’s biggest vape fair have been advised to check carefully that their e-liquids are labelled correctly in accordance with national and European law.

The advice was posted on Facebook by the German Alliance of E-Cigarette Retailers (VdeH) ahead of this weekend’s Hall of Vape event in Stuttgart.

It follows co-ordinated enforcement action by several local authorities checking e-liquids for compliance with the EU Tobacco Products Directive (TPD) at the Vapour and Shisha Fair in Frankfurt – as reported recently by ECigIntelligence in its daily Live Alerts.

The VdeH’s guidance to producers and retailers – which does not constitute legal advice and should not be considered exhaustive – is this:

What should I do if I exhibit at a vape fair?

Further information on labelling requirements can be found in a brochure issued by the North Rhine-Westphalia health ministry.

Where do I get safety data sheets?

Manufacturers and/or importers should be able to provide safety data sheets for liquids. In the course of the enforcement action at the Frankfurt vape show, any liquids that had warning labels without a corresponding safety data sheet had to be taken off the shelf.

It is possible that enforcement agents may accept safety data sheets in English – however, this is the exception and it would be better to provide them in German.

Which products are affected?

The VdeH understands that the authorities paid special attention at the Frankfurt show to shake and vape products, but e-liquids, base liquids and flavours were also controlled. Hardware does not seem to have been their focus on this occasion, but this does not mean it cannot be targeted at other shows.

The controls in Frankfurt were aimed chiefly at verifying the correct labelling of liquids, including short fills for shake and vape. The VdeH says the authorities demanded to see safety data sheets for liquids and took liquid samples to test for ingredients and concentrations.

More than 40 products were checked and almost all were found not to be TPD-compliant in labelling and chemical reporting requirements. Some also failed chemical tests for type or quantity of ingredients allowed and some were ordered to be removed from sale immediately.

The Darmstadt regional council, which co-ordinated the checks, confirmed to ECigIntelligence that further controls would be taking place.

What This Means: In line with the VdeH’s recommendations, ECigIntelligence believes companies should make every effort to comply with the labelling requirements established by the TPD and CLP regulation, and should be careful in how they advertise their shake and vape products.

Toxicity, packaging and labelling: a guide to European CLP regulation

The rise and rise of shake and vape

Shake and vape and the law in the EU