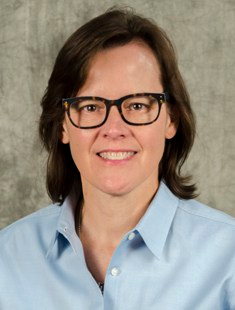 Vape-friendly government policies can risk being thwarted by implementation less favourable to e-cigarettes, according to an American academic who has been studying e-cigs in the context of historical attitudes toward harm reduction.

For example, says Amy Fairchild, “in 2016, the US Department of Housing and Urban Development [HUD] banned combustible cigarette smoking in and around public housing but stopped short of banning vaping. Public housing agencies must have a rule in effect banning smoking by July 2018.

“While the ban aims to protect non-smokers from sidestream smoke, it has enormous harm reduction potential. It can make vaping or other forms of less risky smokeless tobacco consumption a more attractive alternative for smokers who do not want to risk eviction.”

But, adds Fairchild, much depends on how the broadly pro-vaping rule is interpreted in individual local circumstances.

“That potential leaves us with the smoking status quo, which is negative in and of itself. But what would make that kind of policy decision particularly consequential is that it potentially reinforces existing public misperceptions that e-cigarettes are at least as harmful or perhaps more harmful than combustible products,” warns Fairchild.

The obstacles facing e-cigarettes don’t just lie in public misconceptions, she believes, but also in the public health community’s past experience with tobacco harm reduction.

Fairchild, a historian and public health policy analyst who recently became associate dean of academic affairs at Texas A&M University’s School of Public Health after a long period at Columbia University’s Mailman School of Public Health, says: “What is so interesting to me as a historian is that the US hasn’t always struck such a defensive stance when it comes to harm reduction.

“Up until the early 1980s, US surgeons general, what was then called the Department of Health, Education and Welfare, the Department of Agriculture, and even major NGOs were surprisingly optimistic about the potential for creating the so-called ‘safer cigarette’.”

Then, however, “the anti-tobacco movement turned cold on harm reduction for good reasons. As it became clear that the industry had been a dishonest partner when it came to understanding the harms of smoking, support for any kind of safer tobacco product went up in smoke, in this country at least.

“The evidence against the industry and their product was damning. That creates a context in which the evidence for e-cigarettes is going to remain hotly contested. And history, in particular, underscores the importance of candour in sharing the evidence with the public.”

Underlying sentiment towards harm reduction in general – not only as it relates to tobacco – also plays a major part in shaping opinions about e-cigarettes, and varies noticeably among different countries, Fairchild argues.

“The determinants of a response to harm reduction are also going to be shaped by history, social and political context, and how the core issues are framed. For example, the UK, the US, and Australia share similar political traditions, but have landed in very different places when it comes to tobacco harm reduction policy,” she says.

“Part of what makes, I think, the UK more open to harm reduction is a policy focus on current smokers, combined with a longer history of tolerance for drug use and harm reduction approaches more generally – like the potential for heroin maintenance, for example.

“Children at risk of smoking have played a much more central role in the US debate. In addition, the US has a history of taking a far more punitive approach to drug use, and harm reduction programs like needle exchange and safe injection rooms have been hotly contested.

“How the tobacco harm reduction debate develops in the US may depend on both the experience with cannabis legalisation and the opioid crisis.”

Amy Fairchild speaks in London this week at the E-Cigarette Summit.