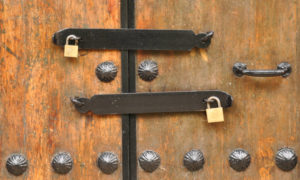 Legislative measures are on hold in half the states of the US due to the COVID-19 emergency, with most suspending activity until at least mid-April.

25 states have suspended activity due to concerns over the spread of the coronavirus, with a congressional member in Michigan believed to be the first legislator at state or federal level to die from the virus. A number of states, including Louisiana, Colorado and New Hampshire, have all already extended suspension periods. More with tentative return dates upcoming are expected to follow suit.

Four states – Kentucky, Massachusetts, Ohio and Vermont, which had initially been suspended – continue to operate relatively normally, though all have instituted some form of social distancing measures. These range from closing public galleries to creating quarantine rooms for legislators reporting symptoms but wishing to attend sessions.

One state – Arkansas – chose to move its legislative session forward from 8th April to 26th March in order to address the impact the virus is having on the state. The session will continue until the legislature “creates a COVID-19 Rainy Day Fund; transfers funds to the COVID-19 Rainy Day Fund; and declares an Emergency”. Legislators are using a basketball arena for meetings in order to adhere to social distancing guidelines.

It has been argued that more states should look at remote voting measures in order to be able to pass legislation beyond bare bones budget and virus-related measures.

This approach has been criticised in other states, such as Rhode Island, for limiting the public’s ability to follow the legislative process and for the limitations it places on public testimony and comment.

New York has shelved some legislation due to lack of time – though the state is looking at remote voting measures.

12 of the remaining states had already adjourned sine die – essentially finished with this legislative session prior to the need to suspend due to coronavirus. Another, North Carolina, does not have any legislative sessions scheduled until 28th April but has suspended committee activities.

Four further states – Texas, Nevada, Montana and North Dakota – only meet biannually so do not have any sessions scheduled for 2020.

What This Means: With most suspended legislative bodies only confirming closures up to mid-April it is difficult to say what kind of impact the shutdown will have through the year. But with president Donald Trump recently announcing social distancing and other measures being extended until the end of April it seems unlikely many will choose to end their adjournments.

A few have constitutional minimums in terms of number of days in session or pieces of legislation that must be passed with upcoming deadlines – meaning either remote working or resumption in some limited form.

Overall it is safe to say that for the vast majority of US states little other than budget concerns and matters related to the pandemic will be addressed for the foreseeable future. This in turn will cram all remaining proposals into increasingly limited timeframes – leading to prioritisation for the most important items.

Whether those impacting the e-cigarette industry will feature is more difficult to predict. Public health and revenue – both potential areas with a sector interest – are likely to feature as states look to minimise impacts beyond the coronavirus and shore up straitened finances. But whether measures within those categories touch upon vaping issues will be addressed is still up in the air.

US FDA requests extension of PMTA deadline due to coronavirus problems