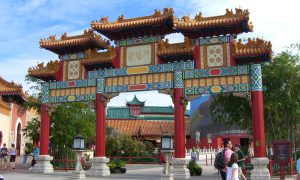 For a country that makes most of the world’s e-cigarette devices, China has a relatively small domestic market – though in a country of almost 1.4bn people, a mere 0.3% of the adult population still equates to more than 3m vapers. After fairly slow but steady early growth, the Chinese vapour market took off last year, sales value rising by 41% – a growth spurt that has slowed to under 20% in 2020, affected by the COVID-19 pandemic following hard on an online sales ban imposed last November. That is still significant growth, especially given the circumstances.

Meanwhile, amid a diverse and fragmented market one major brand – Relx – has rapidly achieved a dominance comparable to that enjoyed by Juul in the US.

All of this, however, and any future industry development is contingent upon whether China Tobacco, the huge state monopoly, decides to extend its control from smokable products to e-cigarettes.

In the still-Communist country, a command economy remains largely in place. And while small private enterprises may be allowed – even encouraged – to thrive, there is always the chance that too rapid growth may provoke the state corporation to move in. That may be especially likely if the vaping market reaches a point at which it becomes a serious competitor to combustibles.

While 27% of China’s adult population – and 51% of its men – are smokers, that point appears to be a long way off. However, China Tobacco is in the unique position among the world’s tobacco giants of being both the supplier and regulator of the market.

In principle, therefore, there are three possible approaches it could take to what it might well consider the upstart vapour industry. It could leave it alone. It could shut it down. Or it could take it over.