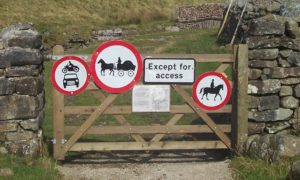 What really is the effect of e-cigarettes on young people, their health and their behaviour?

We know what most people in positions of authority seem to think about it – so much so that even the e-cig companies themselves pay at least lip service to the idea of “keeping vapes away from youth”.

ECigIntelligence reported this week: “A group of 40 House Democrats have written to the US Food and Drug Administration (FDA) pressing it to remove from the market all flavoured e-cigarettes ‘fueling youth tobacco epidemic’.”

Their letter says: “Unfortunately, the vast majority of these tobacco products that are undergoing premarket review have already been on the market for several years with observable negative consequences for public health.”

No one with a serious interest in e-cigarettes – whatever their position, pro or anti – will find that statement surprising. But is it true?

Is the uptake of vaping by young people really as bad for public health as orthodox opinion would have it? Are young vapers really more likely to become smokers – and if so, why?

A paper published in the journal PLOS Medicine should be required reading for all those well-meaning legislators who see a young person vaping and leap to the assumption that it’s a habit that needs to be stamped out.

Researchers at Bristol University School of Psychological Science in the UK examined the psychology of risk-taking, with they say derives from both genetic factors and childhood experience – nature and nurture.

The law of unintended consequences

Few people these days can be unaware that smoking is risky, yet many still do it. The risk is part of the attraction. The same is undoubtedly true of vaping. The risk may be less, and certainly less well-known; indeed, for the natural risk-taker that very element of uncertainty may be an added draw. And, let’s face it – few people are more attracted to risk or rebellion than teenagers.

It may not be the case that young people who vape become more likely to take up smoking – as those House Democrats and so many other lawmakers assume – but simply that the same people are attracted by both.

Jasmine Khouja, lead author of the Bristol study, makes her rejection of the “gateway hypothesis” explicit. She says: “There is concern that young people who are non-smokers might be more likely to become a cigarette smoker if they have access to e-cigarettes. However, studies that have previously looked at the gateway hypothesis have not taken into account potential genetic influences on both e-cigarette use and cigarette use. This study found that genetic predisposition for impulsivity and risk-taking makes some individuals more likely to use both.”

The obvious conclusion is that if you deny them access to e-cigs, those risk-seeking youngsters will take up smoking instead.

So those who aim so urgently to close the supposed gateway may have precisely the opposite effect to what they intend.

Dr Khouja concludes: “Our findings could have important implications for policy going forward.” That may be optimistic. Experience suggests the habits of politicians may be at least as hard to break as those of smokers or vapers.

Is it just coincidence that as youth vaping rises, cigarette smoking declines?

Rebellious youth and the psychology that makes ‘dangerous’ vaping so alluring