An official change of mind in China towards e-cigarettes is expected to hit the country’s vaping market in the near future, with a possible crackdown on marketing and distribution.

A major new ECigIntelligence report suggests the past laissez-faire attitude of Beijing is unlikely to return and that this will have direct consequences for businesses operating in China.

One possible scenario is that the government may allow private companies to continue operations but under close observation to ensure their products do not target non-smokers or minors.

The government could also decide to crack down on the e-cig market, which as the report explains would have a significant negative impact on the growth in sales of tobacco-alternative products in the country.

In theory at least, the CNTC, commonly known as China Tobacco, already has a monopoly on e-cigarettes, just as it has on combustibles. The question is whether it will choose to exercise that monopoly.

Our report outlines the belief that e-cigarettes represent a potential existential threat to China Tobacco because of the risk that they could undermine its core market. And that could prompt it to take action.


ECigIntelligence estimates that there are currently 930,000 daily users of e-cigarettes in China. Though the adult vaping population has not grown significantly over recent years, we believe the value of the market has increased substantially and will continue to do so. 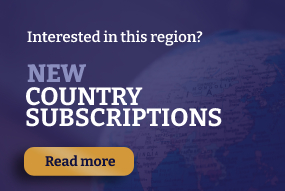